Check out below the line up for last festival, stay tuned for updates on #TCMF2022! 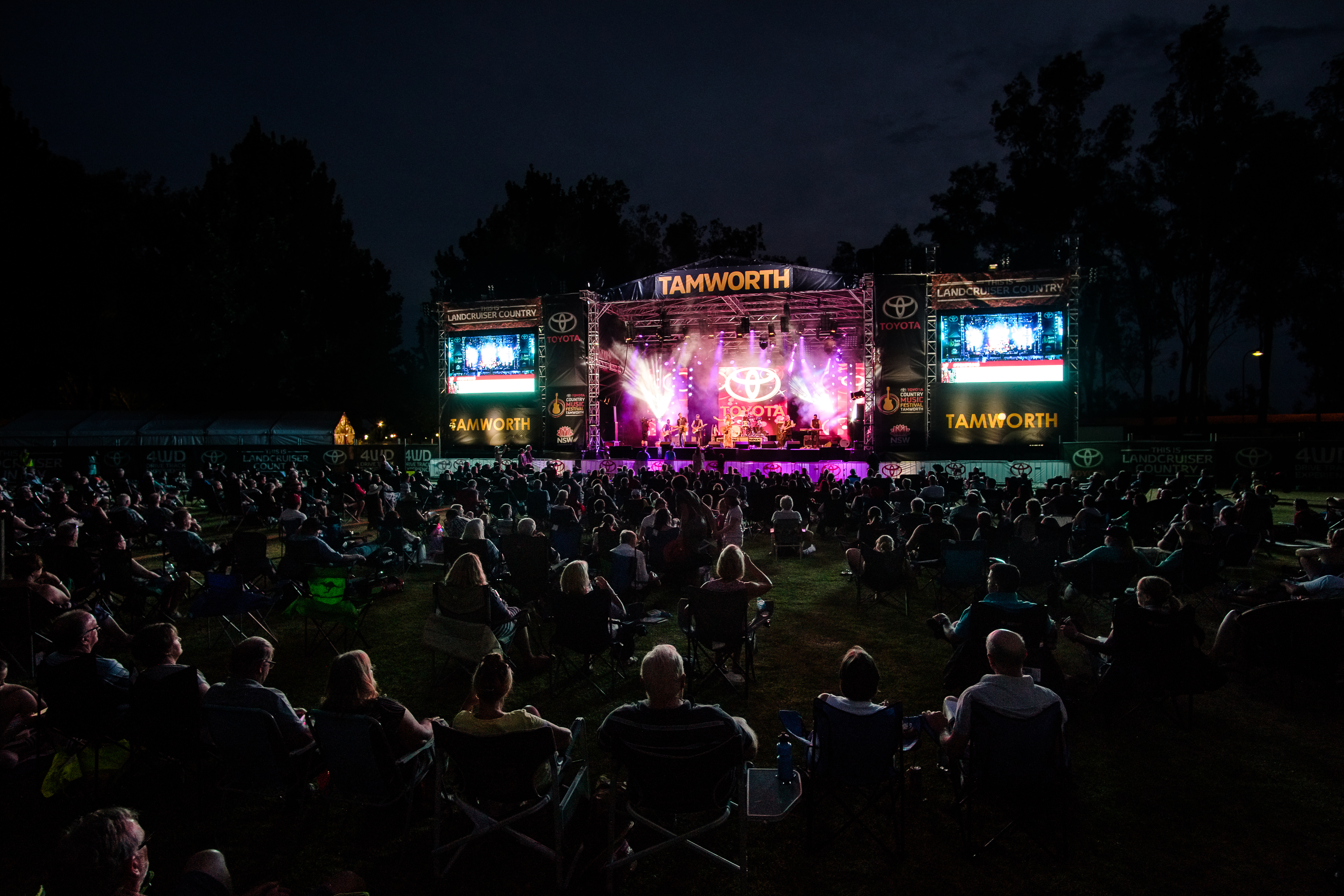 Kicking off with Tamworth’s very own “Git Up Challenge,” the Opening Concert will be a snapshot of the diversity of the music to be seen in Tamworth. Hosted by Pete Denahy, the show will feature performances from the CMAA Academy of Country Music, Buddy Knox Blues Band, Brewn, Zac & George, the 2019 Toyota Busking Champion Rhys Crimmin, popular duo The Long & Short Of It, 2019 Toyota Star Maker Blake O’Connor, and Golden Guitar winners Ashleigh Dallas, Lyn Bowtell, Andrew Swift and Adam Brand who will top off the night with his only Tamworth appearance.

Following in the footsteps of Keith Urban, Lee Kernaghan, Beccy Cole, James Blundell, and many others, this concert will mark the 41st staging of the Toyota Star Maker Grand Final, which will launch the best from the Top 10 finalists into the spotlight. The evening features a performance by 2019 Toyota Star Maker Blake O’Connor and of course, the announcement of who will be the 41st Toyota Star Maker.

Americana In The Park

A strong line up of our neighbours from across the ditch, including Brendan Dugan, Jodi Vaughan, Aly Cook, Jenny Mitchell, Ron Mitchell, The Mitchell Twins, Ainslie Allen, and featuring winners of the NZ Gold Guitars Jayden Shingleton and Ocean Waitokia. Joining the Kiwis will be the new sensation from Samoa, Mr Cowboy 62, and a special group of award-winning songwriters and performers from Nashville, USA, including Jerry Salley, ex-pat Phil Barton, Jason Duke and introducing Canadian rising star Danielle Todd.

Back To The Bush Spectacular

If you like it LIVE and you like it LOUD, this is a night in Toyota Park not to be missed. Featuring some of the best, emerging, and established modern country artists including Melanie Dyer, Caitlyn Shadbolt, Kaylens Rain, Darlinghurst, The Buckleys, Glen Harrison, Leigha Moore, Juliet Oliver, Sophia Chesworth and Jessica Emily Odgers.

Toyota Stars Under The Stars

Toyota Best Of The Buskers

The final event for Toyota Park is where the TOP TEN buskers selected by the judges through the ten days of the festival battle it out to be crowned 2020 Toyota’s Best of the Buskers.

Tickets are now available for the Coca-Cola Country Club, located centrally in Toyota Park. Fans will be given: