Busking is one of the greatest traditions and most vibrant and exciting parts of the Toyota Country Music Festival in Tamworth each year and registrations are now open for the 2018 Toyota Landcruiser Busking Championships.

The Championships, which are designed to celebrate and recognise the talent in Peel Street during the festival, see registered buskers judged across the week with 10 finalists chosen to perform at the Best of the Buskers Concert on the final weekend of the festival where the winner and runner-up are announced.

Toyota Country Music Festival Manager, Mr. Barry Harley says busking brings life and colour to the streets of Tamworth during the Festival and is one of the most popular attractions.

“Throughout the Festival, we see up to 400 buskers perform on Tamworth’s ‘Boulevard of Dreams’ in Peel Street for their shot at stardom.  It has become the place where stars are born and dreams come true with many of Australia’s finest country music artists first making their mark on the industry from a busking spot on Peel Street.”

Stars like Troy Cassar-Daley, Kasey Chambers, Beccy Cole, Keith Urban and Travis Collins all started out by busking on Peel Street and have all gone onto achieve great success.

“Busking in Tamworth is a key part of the country music journey,” added Mr. Harley, “it is a perfect launch-pad for aspiring musicians as it helps them to get their music out there to a large audience.  It also helps them build a solid foundation in Tamworth and set themselves up to take on other opportunities such as Toyota Star Maker.”

All those taking part in the 2018 Toyota Busking Championship will have a chance to share in over $5,000 in cash and prizes, plus an opportunity to perform at The Last Roundup on Sunday, 28 January 2018 in Toyota Park, as well as a guest appearance during the Opening Concert in 2019.

For all Toyota Country Music Festival and Toyota Busking Championships information including T&C’s, tickets and registrations head to www.tcmf.com.au. 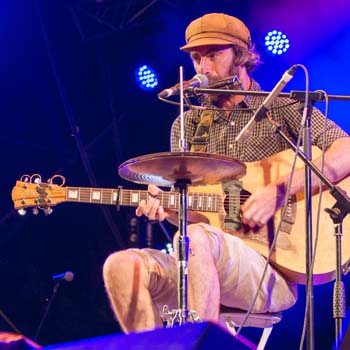